My favorite part is when Mark slurps his water and gets reprimanded. And when he refuses to buy a van is a close second.

That video may be hilarious…

but no one’s laughing when you’re unable to get results from your Facebook marketing.

Funny thing is…
getting results on Facebook isn’t hard. 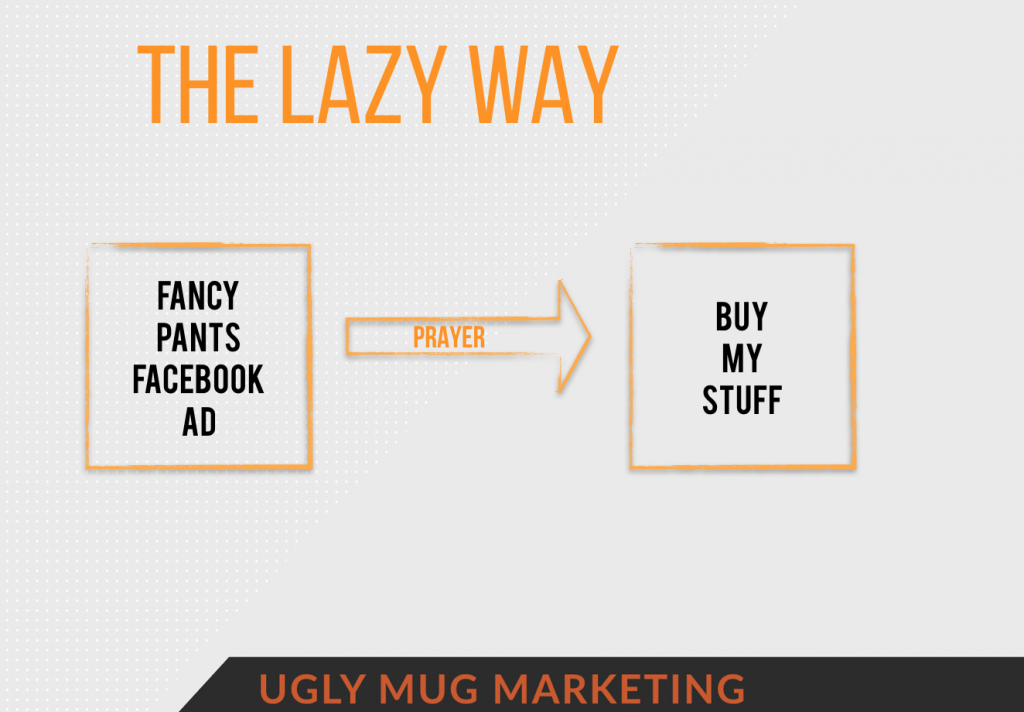 You set up that fancy pants Facebook ad, and then PRAY people buy your stuff.

How’s that working for you? 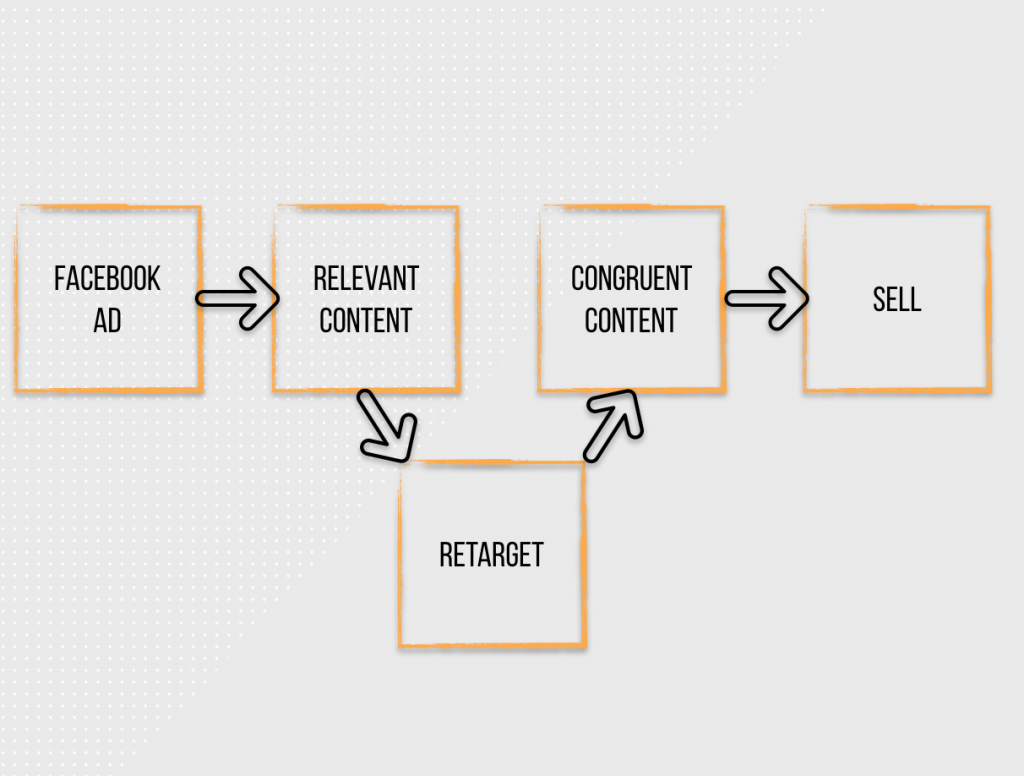 What I want you to see is that one approach is strategic, and the other is, well…

If I may, let me take it a step further.

If you’re not getting results with your Facebook marketing, you simply aren’t using the right strategies.

Can I tell you about a strategy that’s working like crazy right now?

It’s called the Triple Threat.  And the best part is it’s simple and easy to implement.  (don’t let the simplicity fool you, this thing delivers crazy-good results)

Let’s get the bad news out of the way…
you can’t use this button:

Sorry! The Boost Post button won’t work with this strategy.

To run the Triple Threat you’ll need access to the dozen – or so – campaign objectives found in Ads Manager.

Here’s what your Triple Threat Campaign is going to look like: 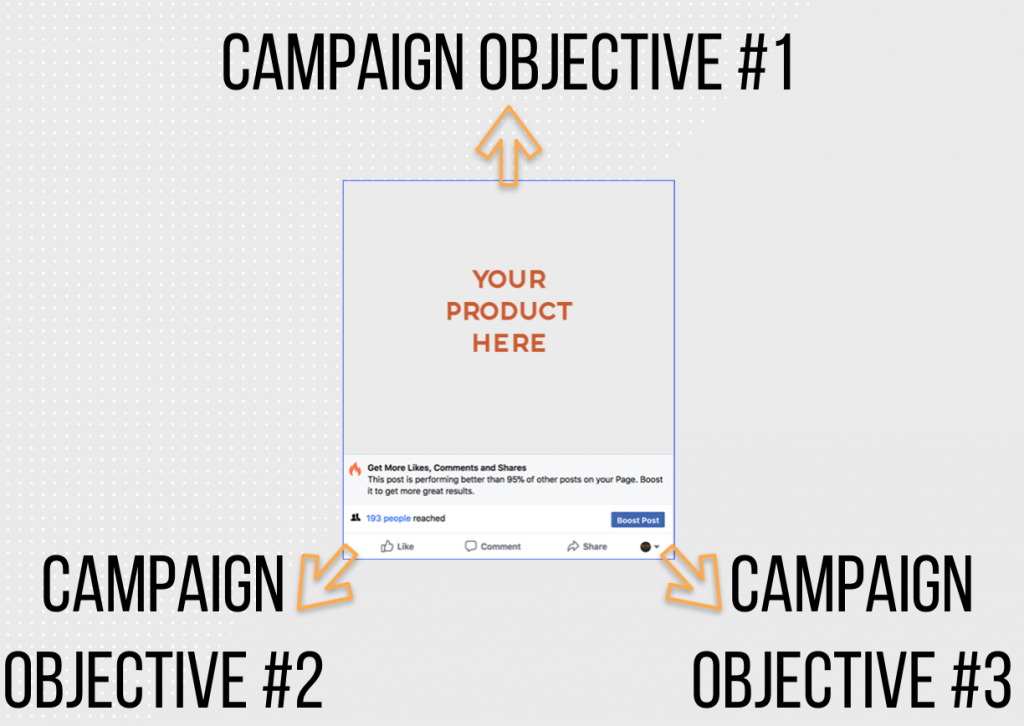 Let me break this down into four simple steps for you:

2) Set up Campaign #1 in Ads Manager. Choose your campaign objective, and set the audience you’d like to target for the post you made in step #1.

4) Set up Campaign #3 in Ads Manager. Choose your campaign objective, (make sure it’s a different campaign objective than you used in either step #2 or step #3) and set the audience you’d like to target for the post you made in step #1.

Once you’ve finished, you will have three separate campaigns running to the same post…

and it works CRAZY-GOOD!

If you came to me with your last $100 and asked what Facebook strategy you should use, I would tell you to run the Triple Threat strategy.

The secret power behind the Triple Threat lies in the VAST amount of information Facebook knows about each of their users. (Which is part of the reason Zuckerberg had to go to Capitol Hill.)

Each of the campaign objectives in Ads Manager is there as a result of Facebook users’ behaviors.

When you run a campaign using the Video View campaign objective, Facebook is going to show your ad (which contains a video) to people who are more likely to watch a video. Y

When you run a campaign using the Traffic campaign objective, Facebook is going to show your ad to people who are more likely to click on the link and visit your website.

So by using the Triple Threat you are putting Facebook’s power to work for you, allowing them to help your ad reach the specific people who are more likely to take action.

1) We’re hosting a live webinar next Thursday (May 10th). During the webinar we’ll share the six most common mistakes people make with their Facebook marketing, and give you specific steps to ensure you aren’t making these mistakes.  If you’re interested, you can register here.

2) If you’d like a more hands-on training, we’ll be hosting our last Facebook Master Class on Wednesday May 9th. This is a live, in-person, training.  Only a few seats are still available.  Learn more here.

This will be the last Facebook Master Class we are hosting until some time in late 2018.