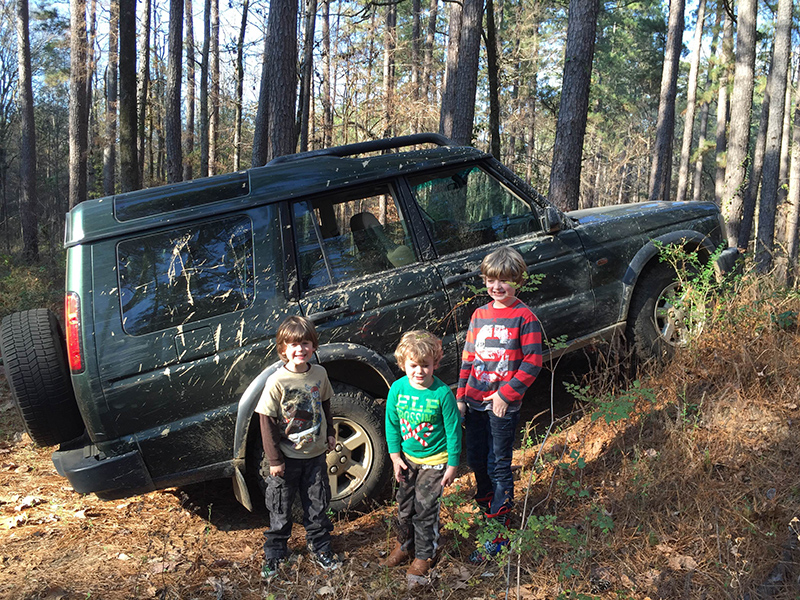 After the first time, I was hooked. I must have been 18 or 19 years old at the time. When I was invited to ride along I didn’t know what to expect, and wasn’t sure even if I really wanted to go. But as luck would have it…I did.

Once the pavement ended, I felt my body tense up a bit as we hit the gravel. We were going about 45 miles an hour, and I was certain we were about to slide straight off the gravel road into a tree. The potholes were a bit jarring, but didn’t seem to affect the driver. His foot remained consistently on the pedal.

After a few turns we reached our destination, which looked like it was an abandoned battlefield; maybe because at one point it had actually been used as a military training center.

We were somewhere in the middle of Camp Livingston, a 1950’s abandoned military camp. The water directly in front of me caused me to question not only my sanity, but the sanity of the guy behind the wheel.

Then I heard those words; you know – the words that make you tense up from fear of the unknown.

Foot to the floor, we barreled off into the water. Water splashed up over the hood and onto the windshield. We couldn’t see a thing.

After the windshield wipers swept away the water it was clear we were now somewhere in the middle of the water. I knew for sure we were stuck and my friend’s truck was forever ruined. I sat quietly, not wanting to be the first to talk. Finally, our momentum stopped. We weren’t moving.

My friend could tell by the look on my face that I thought we were stuck in the middle of this huge puddle. He calmly reached forward and put the vehicle into reverse. With a lot of noise, we slowly began rolling backwards. We didn’t go far, maybe a few feet. He then put the truck back in drive and rolled forward.

He reached for a small lever in front of his emergency brake, moved it around a bit, and said, “Watch this.”

Magically, we began moving forward, ripples calmly made their way to the edge of this miniature pond. What was that magical lever?

Once we safely reached the other side, for good or bad, I was hooked. The thrill of driving on roads that 99.9% of vehicles will never see. The challenge of driving over, through, and around an array of obstacles. I felt a mixture of exhilaration and terror.

Within a few months I went out and purchased a 4×4 and began exploring the woods. For the past several years I’ve had the privilege of driving a Land Rover Discovery, one of the most capable (from the factory) off-road vehicles you can drive.

Rarely does a month go by that it doesn’t see plenty of dirt and mud. Over the years I’ve learned a lot about starting and building a business as a result of traversing off-road.

Here are 5 lessons off-roading can teach you about business:

1 – Challenges and Obstacles are Designed to be Overcome 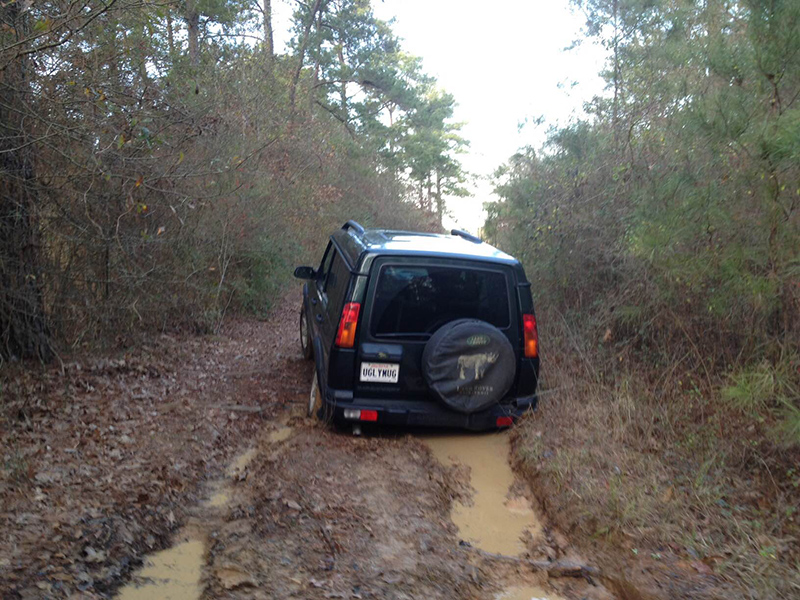 When it comes to off-roading, rarely does a day go by that you aren’t presented with some form of obstacle blocking your path. From a fallen tree, to a large water hole, to a big hill – there will always likely be something trying to prevent you from getting where you want to go.

The same is true in business. As an entrepreneur, chances are good that you have a vision of where you want your company to go. But regardless of how large or small your vision is, obstacles and challenges will seem to appear out of nowhere.

When off-roading you have to be prepared for the unknown. You have to willing and ready to get your hands dirty in order to get over or around the obstacle that is blocking your path. And sometimes it takes sheer grit and courage to try to barrel through what lies ahead.

Unlike in business, often when off-roading you don’t have the luxury of simply choosing another path or giving up. Some of the trails are so narrow that turning around isn’t an option.

In business, instead of viewing obstacles as insurmountable and impossible, view them as challenges that must be overcome. Choose to view these obstacles as opportunities that, once you’ve overcome them, will make your journey that much more exciting.

When I take friends off-roading, one of their most common reactions is how beautiful the trails are. They are amazed that down some of the dirt and mud filled roads lie some of the most beautiful views. Views they would never expect in their town. 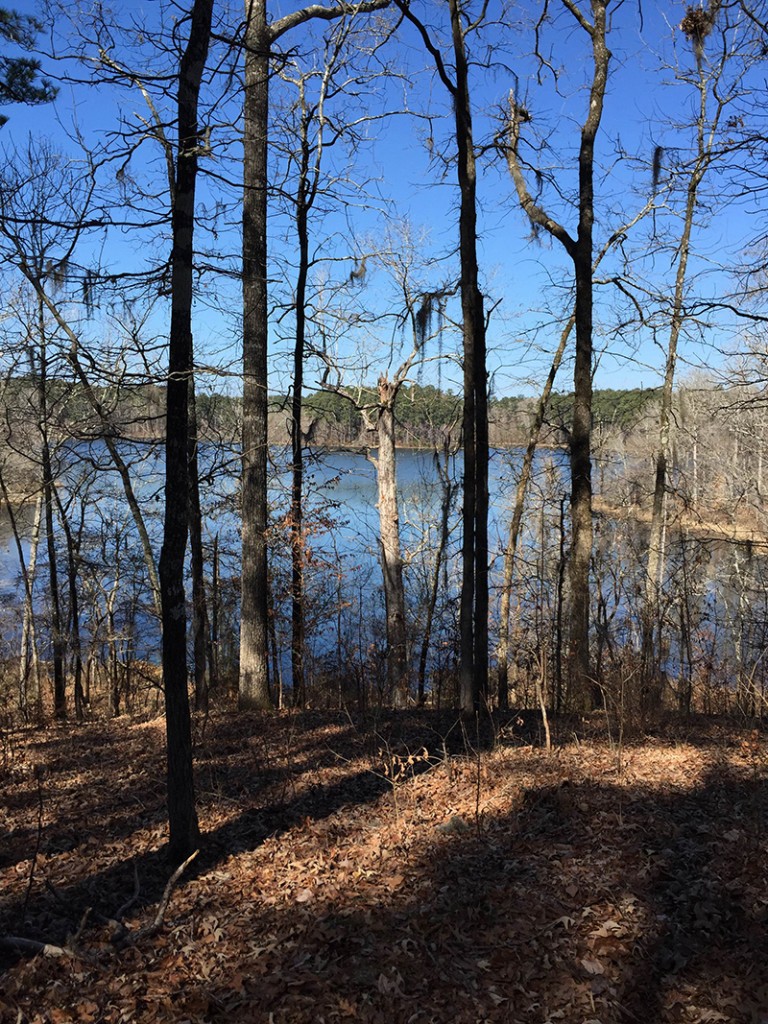 Isn’t this a lot like business? It’s often the road less traveled that ultimately leads to the most spectacular results. Brian Goulet chose to take the road less traveled when he started Goulet Pens. His path was filled with many obstacles and challenges. These same obstacles and challenges are what prevent most others from following the same road.

But if Brian hadn’t decided to take the road less traveled, he wouldn’t have enjoyed the same beauty along his journey. And he certainly wouldn’t have impacted so many lives.

Never forget – there are always other roads you can take. The easiest roads are always paved and smooth. And it’s for this reason that most people travel down them. These paved roads weren’t built through the most scenic route; instead, they were built over the easier terrain. They were built for comfort – not beauty. 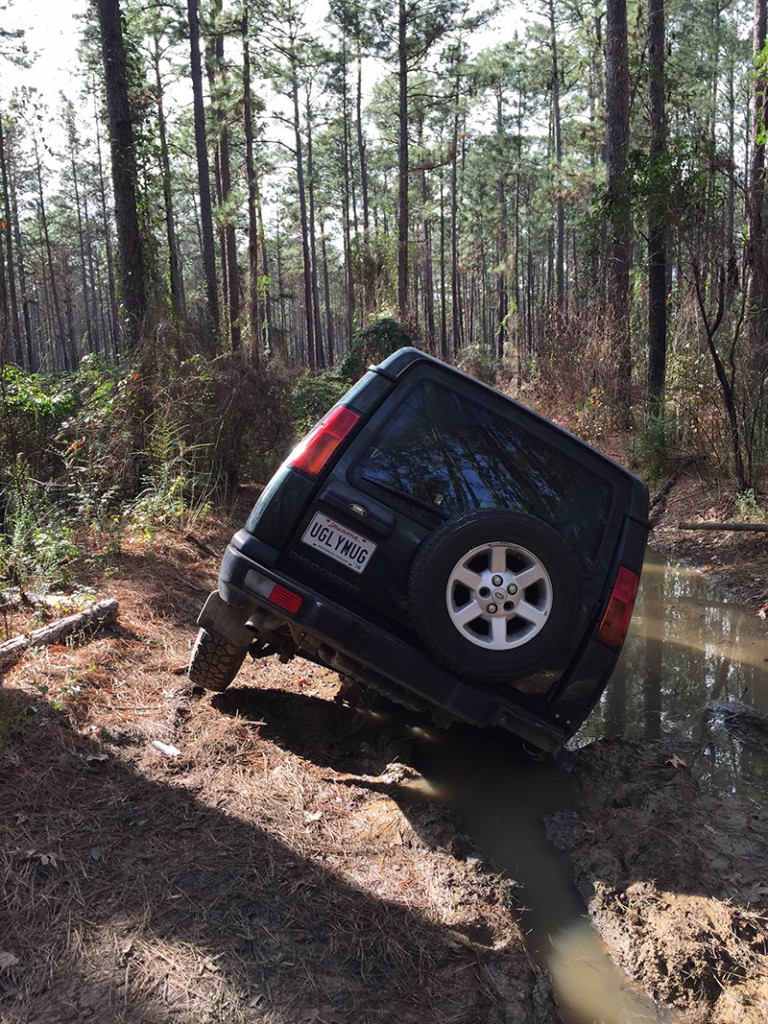 As you approach the hill or mud, your natural tendency is to slow down and use caution. Your instincts tell you to ease into the mud or up the hill. This natural timidity will likely cause issues.

To get through the mud puddle or up the slippery hill, you need momentum. You need a little speed. This forward (or occasionally backwards) momentum is what helps keep the vehicle moving – even once your tires lose traction and start slipping.

When unknown territory approaches in business our natural tendency is to pull back or to slow down and take our foot off of the pedal. This process causes us to lose the one thing that could possible carry us through unknown territory – momentum.

Another great analogy is driving a race car. I was having lunch with Cameron Herold one afternoon and discussing the growth cycle of one of my companies. I was explaining how we seemed to have hit a certain plateau which caused our growth to slow.

Cameron used an analogy of a race car to explain what was happening. He said that as we approached the curves on the track (the scary part), we were taking our foot off of the pedal and focusing on not hitting the wall…

…When what we should have been doing was keeping our focus on the road ahead and accelerating through the curves. It’s this acceleration that helps keep the tires firmly planted on the pavement.

What about you? What do you do as unknown terrain approaches? As you start to enter the curve do you keep your foot on the pedal, or do you ease off for fear of what may happen?

Sure, you may crash or get stuck, but if you plan for the best and are prepared in case of the worst – everything will be okay.

4 – Prepare for the Unexpected

From flat tires, to getting stuck, to getting lost – when you’re miles down a narrow dirt trail with only one way out (the way you came), you have to be prepared for the unexpected. 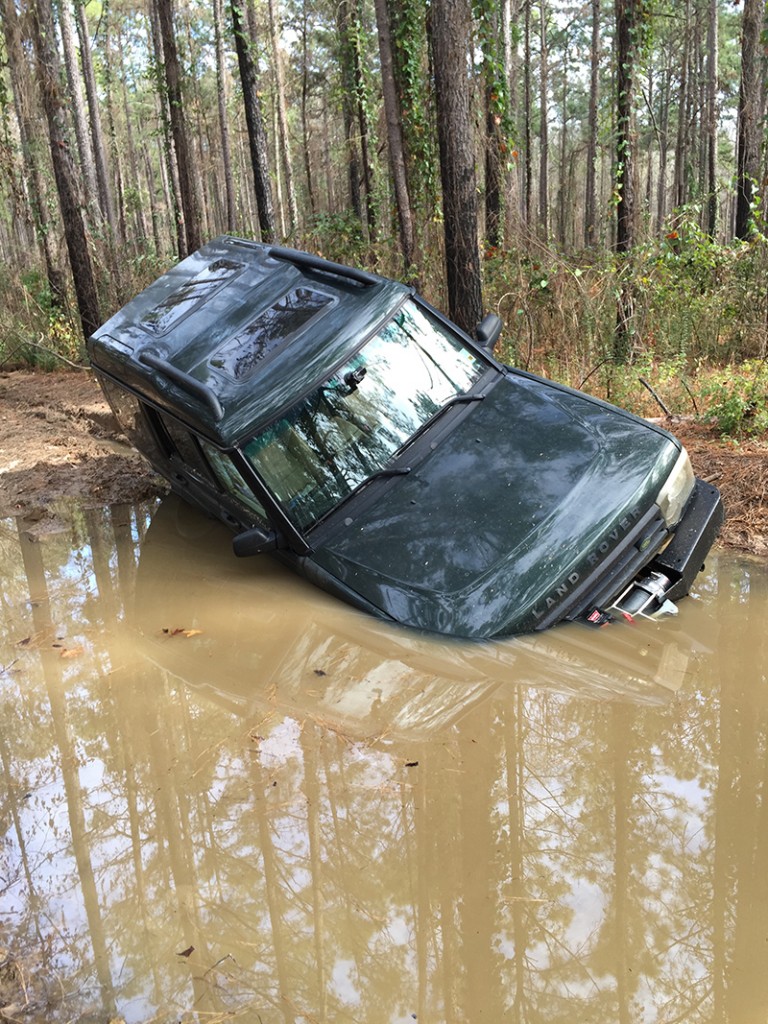 When you don’t know what lies ahead, you’re forced to have the necessary gear and equipment for the worse case scenarios. You never want to put yourself in the position of staying stuck in the middle of the woods.

How many times have you seen other entrepreneurs in situations that would have been preventable with a little planning and preparation?

As an entrepreneur, uncertainty is part of the journey. It’s to be expected. However, being prepared to face the unknown challenges and obstacles is what separates great entrepreneurs from the pack.

What are three potential hazards that you should be prepared to face? What tools and resources will you need in order to successfully overcome those hazards?

5 – The Biggest Obstacles Are Often Our Own Limiting Beliefs

That hill looks too steep, too slippery. That mud looks too deep, too thick. That tree looks too big to go over. Rarely have I spent a day off-roading when one or more of those thoughts have not crossed my mind.

When you’re in the moment, staring at the obstacle ahead, your brain is flooded with all the reasons why you’ll never make it over or through. And then, without fail, the excuses start running through your mind.

If I had a little more ground clearance.

If I had locking differentials.

If I had better tires.

Once you finally let all of these thoughts subside, you realize there’s no other way; it’s only then that you begin looking for solutions.

In business, the exact same thing occurs. We approach the obstacle blocking our path and immediately our mind is filled all the reasons and excuses why we’ll never make it past the obstacle.

However, unlike when off-roading, in business we often can simply decide to go down a different path and completely avoid the obstacle. What we don’t realize is that these seemly harmless decisions can be detrimental.

Maybe off-roading isn’t your thing. That’s okay. However, I would recommend that you find a hobby that will help push you out of your comfort zone. As you go through your day look for lessons that you may have otherwise missed.

I’ll leave you with one of my favorite quotes:

“The lust for comfort kills the passions of the soul.” – Khalil Gibran