Posted by Wayne in Freelance, Marketing 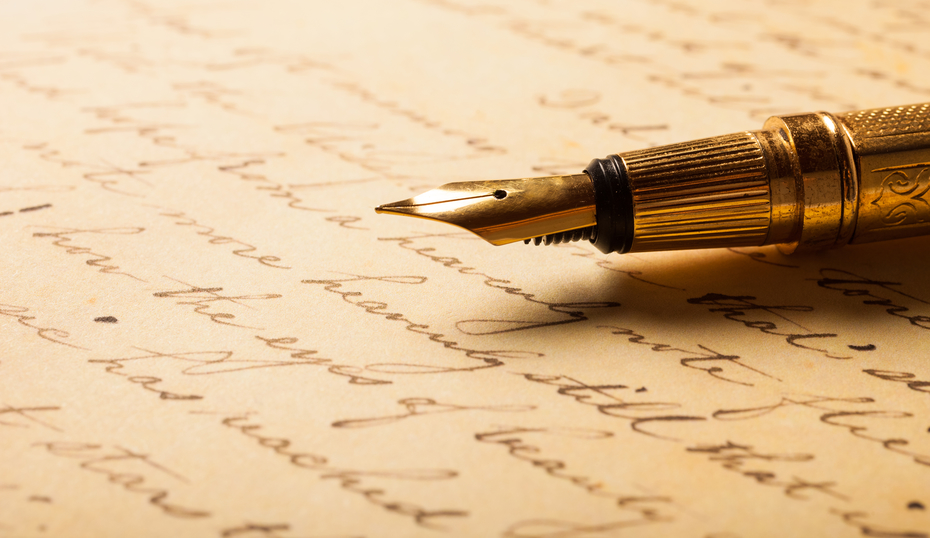 It was wonderful meeting with you last week. Thanks again for all the time, energy, and effort that you put into the proposal for us. It was obvious that you spent considerable time working on it, getting every detail just right.

I’d like to also say thanks for the beautiful mock that you designed for our new website. It was beautiful. Between you and me, it was, by far, the best mock we received.

As you know from our conversations, and the RFP, we were required to get a minimum of three quotes, and mocks, for this project. That’s not necessarily the way I would do it, but it’s the protocol set by our marketing division.

After reviewing all three mocks and quotes, our marketing team has decided to select one of your competitors for this project.

I really shouldn’t be saying this, so please don’t repeat it, but I’m shocked that you weren’t selected. Everyone in the meeting agreed your mock was far superior to the others. Additionally, your quote was several thousand dollars less than that of your closest competitor.

When they announced which company they had selected my jaw hit the floor. My supervisor asked if something was wrong, so I quickly picked my jaw up off the floor and said that nothing was wrong, but I did ask why your competitor was selected over you. Here’s how the conversation went:

“If you don’t mind me asking, why wasn’t the lowest priced proposal–you know the one submitted with that mock everyone loved–selected for this project.”

“To be honest, we didn’t give much consideration to that proposal,” she said.

“Really?!?” I was trying to hide my disbelief, but I don’t think I was very successful.

She continued, “Look, I completely agree with you his mock was amazing, his proposal well written and beautiful, and he was extremely nice and sounded like he knew his stuff. But, despite all that, I didn’t trust him.”

For a moment I thought that maybe she had picked up on something, or heard something through the grapevine, about you. Right as I was about to ask for further clarification she continued.

“There were three specific ‘red flags’ that lead to my lack of trust. The first was his price. He was several thousand dollars less than his nearest competitor. Second, he didn’t provide any proof that he could deliver on time and on budget. Lastly, there was no ‘we,’ it was always ‘I.’”

At that moment, I was like the kid in the classroom with the burning question, but was too afraid to raise my hand and ask because I didn’t want her to think I didn’t know what she was talking about. After all, she is the Vice President of Marketing for our entire company, and the one who approves, or disapproves my raises. So, I dropped the conversation and headed out for lunch.

When I got back from lunch the Purchase Order for the project was sitting on my desk. That meant it was time to get rolling on the project.

As I was busy completing all the internal contracts and documents to make the project official, I couldn’t help but think about the three reasons why you weren’t selected for the project. I decided to go ask John, our program manager, if he could explain it to me.

As I gently knocked on John’s door, I could hear that he was one the phone. Maybe it was a sign that I shouldn’t ask, so I turned to walk away. She was standing right behind me.

Yeah, it was the VP of Marketing. And she looked like she was on a mission.

“Have you completed the paperwork to get the new project kicked off?” she asked.

“Yes, everything’s ready to go!” I replied. I paused for a moment. “Would you happen to have a few minutes?” I nervously asked.

“Sure. What’s on your mind?” As she turned to walk away, she motioned for me to follow.

“Well . . . earlier, when we were discussing which contractor won the bid for our new website project, you mentioned something about red flags. And . . . umm . . . I was wondering if you could walk me through each of them in detail.”

Over the next two and a half hours, three of the most important business lessons I’ve ever learned unfolded.

Don’t worry, I’m not going to spend the next two hours explaining them to you, but I will give you the highlights.

But before I do, you have to understand my intent is to help you, not insult you. I sincerely want to see you succeed.  Implement these three tactics into your business, and you never know–we may end up working on projects together in the near future.

LESSON 1. Freelancers often price their services based on what they would pay if they were the client.

Freelancers tend to think in terms of, “If I were in their shoes, how much would I be willing to pay for the project?” That is the worst possible way you can establish pricing. You see, the problem is that your frame of reference and their frame of reference are rarely, if ever, the same.

If you were them, you would be willing to pay only $2,000 for the website. However, based on their frame of reference, they are willing to spend upwards of $6,000.

Think of it this way: If you’re a graphic designer, you may be willing to spend $2,500 to get the newest MacBook Pro. Your client however, would never consider spending that much on a computer. After all, they just saw one advertised on television for only $499.

Charging too little does more than just result in less money in your pocket – It may result in NO money!

The challenge for you as a freelancer is to learn to understand their frame of reference before submitting your proposal.

You see, when you submitted your proposal, it was several thousand dollars less than either of the other two we received.

All it did was lead to the question, “If the other two proposals are each several thousand dollars more, what is this guy leaving off? He must not be providing the same level of quality.”

The prices you charge are one of the primary ways your prospective clients assign value to the work you’ll be providing. Sure, it’s not the most accurate measuring stick for determining value, but it’s the way our brains work.

Here is one more example my boss gave me. I’ve got two, seeming identical, cars for sale. Both are the same year, the same make, the same model, and even the same color. I’m asking $7,000 for one of them, and $13,500 for the other.

Based on nothing more than those prices, what do you automatically assume to be true? One of two thoughts is likely: 1) Something must be wrong with the $7,000 car, like maybe it has a ton of miles on it; 2) The $13,500 one is better.

This is the exact same logic  that your prospective clients use to assign value to the work you provide.

LESSON 2 – It doesn’t matter how great you say, or even demonstrate, you are; what others say about you is the only thing that matters!

There is safety in numbers! Never forget that.

Prospective clients are looking for social proof. They want to know who else you’ve worked for, or know, and what type of results you got for them.

This can easily be done through testimonials, case studies, and even name dropping.

What if you’re just starting out? No worries, here are a few of easy solutions.

Spec Work. I know you probably cringed when I said those words. But, if you don’t have any testimonials or case studies, it’s the quickest and easiest way to get them. Here’s how to do it:

Case Studies. With testimonial in hand, here’s how to turn it into a case study with three simple steps:

You see, getting a testimonial and turning it into a case study doesn’t have to be complicated. Both can be used as effective social proof when submitting proposals. Now let’s quickly look at the last one . . .

Take a look back at that sentence, notice you didn’t say that you were working with them, you said getting things in place to begin working with them. Although you haven’t done any work for them, you are still able to borrow their credibility.

As you can see from this one sentence, language is extremely important to your success as a freelancer working from home. So, now let’s look at exactly how your language may be costing you projects.

LESSON 3 – Your Language is Costing You MASSIVE Amounts of Money!

Remember, there is safety in numbers! One of the easiest ways you can demonstrate numbers is through your language. This is a simple change, but not an easy one.

To close more deals you have to learn to change your language. It would be best if you learned Spanish. (Only kidding! Just wanted to see if you were still paying attention.)

But you do need to learn to replace your “I’s” with “we’s.” Following is an example to demonstrate how powerful this can be.

“I should be able to get this new website completed within eight weeks.”

On the surface, there is nothing wrong with that version. But now look at this one:

“We should be able to get your new website completed within eight weeks.”

Although only two words were changed, those are two completely different sentences.

By replacing the word “I” with the word “we,” it gives the impression that you aren’t the only person on your team. (In a minute I’ll tell you how to maintain your integrity on this even if you do work “alone.”) Remember, there is safety in numbers.

Replacing the word “this” with “your” it gives your prospect ownership of the new website, even before they’ve bought it. One of the keys to successful selling is getting prospects to see themselves already owning whatever it is you’re selling.

Although swapping a couple of words here and there is simple to do, it isn’t easy. You have to change your language. It will take some practice, but it will pay huge dividends.

Could you do me a favor? Please don’t mention this letter to anyone else. If my boss found out I sent this to you, I could end up in deep doo-doo.

They would say that I’m attempting to show favoritism.

The truth is, I am showing favoritism! I’m always in favor of the highest quality work, for the lowest price. Your mock and proposal indicated that you were going to provide both for us.

I’ve certainly learned a lot as a result of this process, and I hope this letter hasn’t offended you. I sincerely wish you massive success, and I hope we can do business together in the near future!

The Client You Lost