Posted by Wayne in Books, Success 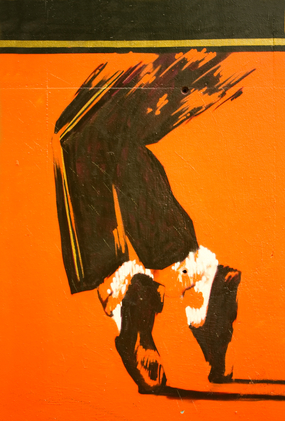 When you think of Michael Jackson, a lot of different images and titles come to mind. Chances are pretty strong that the title “Astute Businessman” does NOT come to mind, that is, unless you’ve read Zack O’Malley Greenburg‘s wonderfully written book, Michael Jackson, Inc.

Click here to learn more.
To ensure I’m setting the stage correctly, I’ve got to come clean. I was never a Michael Jackson fan. For that matter, I honestly don’t think I had listened to a Michael Jackson song in its entirety – at least not intentionally – before reading Zack’s book.

As you know, there are lots of stories and rumors, all of which could have been debated and argued in the book. However, in Michael Jackson, Inc. the author instead chooses to focus on the rarely talked about business life of Michael Jackson. And it’s absolutely fascinating!

Here are a few quick stats from the book that blew me away:

-In 1985 he purchased ATV, the company that housed (owned) the copyrights to the majority of the Beatles’ songs. Jackson purchased it for $47.5 million. Today it is estimated that investment is worth around $1 billion.

–Thriller is the best selling album of all time, with around 100 million units sold.

-During his life he personally earned $1.1 billion. After adjusting for inflation it would be worth $1.9 billion.

-He attempted to purchase Marvel Comics; the deal fell through.

–Thriller is the only music video in the exclusive National Film Registry in the Library of Congress.

-In 1984, Michael Jackson became the first music start to have his own clothing line.

-Sony paid $115 million to merge their publishing arm with his ATV catalog, a joint venture now estimated to be worth $2 billion.

-Holds a Guinness World Record for most charities supported by a pop star.

-Recording Invincible cost in the $30 – $40 million range at a time where $1 million was considered to be a large budget.

Most entrepreneurs understand the importance of being able to have their business earn money even when they’re not present, but most are never able to pull it off.

Michael Jackson seemed to have an understanding of the importance of this from a very young age. His never ending questioning and inquisitive mind allowed him to pick up on things that most artists, even those who had been in the industry decades longer than him, seemed to overlook.

“Michael Jackson had the mindset of being a businessman the whole time by acquiring businesses,” says Kevin Liles, former president of Def Jam Records. “It was like the Michael Jackson private equity firm.”

Michael understood the power and importance of retaining the copyrights to his songs, something that rarely happens even today and was virtually unheard of at the time.

Retaining the copyrights gave Michael income each and every time one of his songs was played; whether on radio, television, or live. The power of this income stream is what drove Michael to purchase the ATV catalog. The ATV catalog of songs contained some of the most popular Beatles songs of all time. If you want to learn about this subject, check this sales copywriting course.

This wasn’t the only catalog he purchased. He also purchased the catalogs of Bread, Sly and the Family Stone, and a handful of songs made famous by Elvis Presley.

Against the advice of some of his closest advisors, Michael purchased the ATV catalog for $47.5 million in 1986. By the early 2000’s this catalog alone was worth an estimated $1 billion.

Later in his career Michael was able to convince Sony Records to pay him $115 million to merge his ATV catalog with their catalog, plus an additional almost $10 million in annual guarantees.

Believe in a Better Future but Don’t Bank on It

As entrepreneurs, we are often dependent on making decisions based on anticipation of future events like landing a new account, launching a new product, or acquiring another company.

This belief that the future will be better is what drives us to pursue and explore uncharted waters.

Michael Jackson held the same belief. With each new album, tour, or endorsement, he believed they would outperform the previous and open additional opportunities. And as a result of this belief Michael’s personal expenses seemed to continually rise throughout his career.

During the last decade of his life his personal expenses are estimated to have been around $20 million per year. In several of those years his expenses far exceeded his income.

As entrepreneurs we have to learn to avoid the temptation to acquire additional debt and obligations during the good revenue years. Instead, we need to prepare for those years that may not reach our expectations.

The Power of Media Manipulation

Jackson was no stranger to commanding the attention of the media. What most don’t know is how deliberate and calculated he was behind the scenes in ensuring he remained in the spotlight.

“Jackson also aimed to instill a sense of marketing in everyone on his team. In 1986, he gave them copies of Humbug, a biography of circus impresario P.T. Barnum; he wanted his life to be the greatest show on earth. At his insistence, lieutenants planted fantastical stories about him in mainstream publications and the tabloids.”

“When Jackson stopped supplying the fresh story fodder in the late 1980’s, the press started doing it for him. Outrageous headlines followed him throughout his life…”

As the book reveals, many of the most sensational headlines from Jackson’s life were actually planted by Jackson. He and his team carefully fed stories to the media. It was through calculated planning that Jackson was able to almost continually keep his name in the headlines.

Publicity can be a powerful tool to help keep your name in front of the world. Many of the fastest growing companies in recent years (Facebook, Twitter, Google, etc.) have all been masters at manipulating the media to help them leverage their message.

Continual and Never-ending Self Improvement

All high achievers seem to share some level of competitiveness, either with themselves or with others. Out of this competitiveness often comes the desire to continually improve their work/art.

When Michael Jackson agreed to appear on the Motown 25 television special, he was concerned about one thing and one thing only: stealing the show.

“I had no idea what I was going to do at first,” he wrote in an unpublished note. “I just had one major thought in my mind and heart: It had to be the best, incredible, the unexpected. I had determination of fire to be incredible on this show.” – page 70

“The audience loved it, I got an incredible response, more than I imagined, standing ovation with screaming dancing,” he wrote. “But still I was disappointed that after the big spin, I didn’t stay on my toes long enough.” – page 71

After the highly acclaimed Victory tour with his brothers (the Jackson 5) Michael said, “But I was disappointed with the tour from the beginning. I had wanted to move the world like it had never been moved… I was disappointed in the staging of ‘Billie Jean.’ I wanted it to be so much more than it was. I didn’t like the lighting, and I never got my steps quite the way I wanted them. It killed me to have to accept these things and settle for doing it the way I did.” – page 91

“Michael worked harder than anybody [who’s done the halftime show], before or since,” says Steeg, who remembers seeing Jackson still rehearsing his act at seven the night before the game in a tent outside the Rose Bowl.

And it showed. Jackson, rocking a bandolier-draped frock coat on loan, apparently, from Muammar Gaddafi, was sensational. The final moments of that show were the most viewed in the history of television at the time.

The book recounts a story shared by Jon Bon Jovi about a happenstance meeting of Jackson at a hotel in Tokyo. Jackson invited Bon Jovi and his bandmates to come up and visit after one his sold-out shows.

“The room had been ripped to shreds and redecorated,” says Bon Jovi. “They put up mirrors against the wall so [Jackson] could practice his dancing, and a wooden dance floor in there.”

Even when Jackson was at the pinnacle of his career he didn’t rest. He was constantly working. Improving his skills and perfecting his craft.

The Power of Reading

I’m a firm believer that reading is one of the most common habits among successful entrepreneurs. And is certainly a major contributing factor between those entrepreneurs who hit a plateau and those who keep growing. Jackson was no exception to this.

A voracious reader, Jackson often spoke of studying the best to become better – in all sorts of fields.

“He didn’t study the greats just in music,” Forger remembers. “He studied people like Michelangelo, he studied the Beatles, he studied Thomas Edison, Henry Ford…. His quest was to figure out what it was, what these qualities are, how these people became successful.” – page 59

After Jackson’s death, in preparation to launch the traveling tour Immortal, the decision was made to include a makeshift museum which included some of his iconic military jackets, a rhinestone glove, and one of his Rolls Royce cars.

One of the most fascinating parts of the exhibit was a reconstruction of Jackson’s Neverland library. Karen Langford, whose duties with the estate include overseeing its archives, remembers picking through the 30,000-square foot Southern California warehouse in which Jackson’s books were stored, trying to decide which ones should make the cut. There were so many that she could have laid them end-to-end from one side of the building to the other – and back – with lots more left.

“In just this particular warehouse, there is one wall that is floor to ceiling – three stories tall – that has boxes and boxes of nothing but books,” she says. “It’s massive. And I promise you that he looked at every one of them.”

“Michael Jackson didn’t only want to win awards and write perfect songs, he wanted to sell records – more than anyone else had ever sold. ‘Ever since I was a little boy, I had dreamed of creating the biggest-selling record of all time,’ he wrote. ‘I remember going swimming as a child and making [that] wish before I jumped into the pool.'” – page 58

“Jackson couldn’t fathom not competing with himself – both commercially and artistically. Before he started recording what songs for the album that would eventually become Bad, he taped a note to his bathroom mirror with the number of copies he was determined to sell: 100 million.” – page126

Jackson’s vision was clear; he wanted to be the best in every endeavor that was associated with his name. However, the difference between Jackson and so many others is that Jackson was willing to do the work necessary to achieve his vision.

The simplest way I know to conclude this post is to say: Get the book Michael Jackson, Inc. today! Seriously, this book is chock-full of lessons for entrepreneurs…and it’s extremely well written.

Win one of three copies of Michael Jackson, Inc.