The post published last month created quite a stir. We received numerous phone calls and emails after the email was sent. If you missed the letter you can find it at this link. 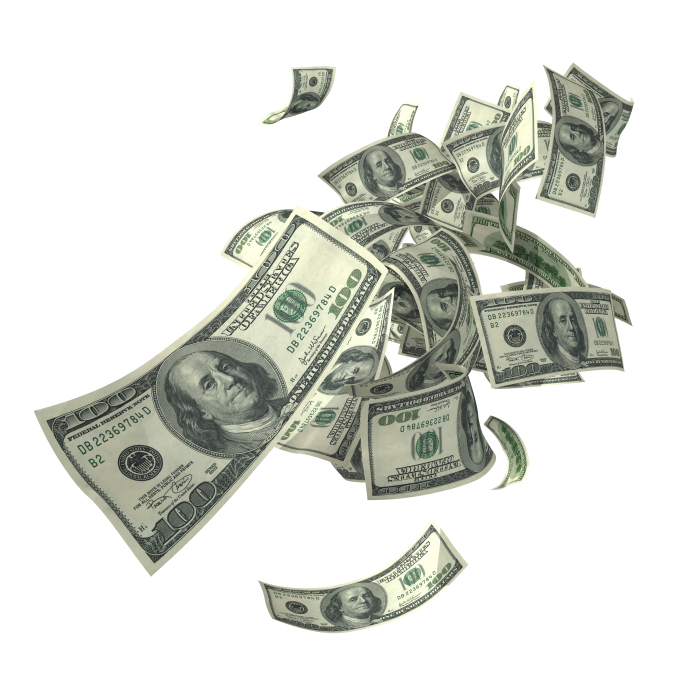 The most common question we received was:

“How are some of your clients making over $1 million per year through their website?”

(When the last letter was written we had two clients making over $1 million per year; now there’s a third. In January they broke $1 million in total revenue through their website over the past twelve months.)

Despite all their dissimilarities, the things they have in common are extremely certainly worth studying.

Here are the 9 lessons from our “Million Dollar Club” clients:

I briefly mentioned this in the previous letter, and above. But it’s too important not to discuss in more detail. To begin let’s talk about what strategy is, and what it isn’t. When I use the term strategy I’m referring to careful, consideration planning that is then well executed.

Unfortunately, the strategy most website owners use is what I call watch my neighbor. They look around their industry, see what their competitors are doing online and then instruct their web developer to duplicate it. That’s not strategy – that’s simply laziness.

What can you do? Schedule time to build out a plan of action for your website.

Here are a few questions to ask:

– What action do I want them to take when they’re on my website?

– If I were them, would I be convinced to take action? Why? Why not?

– In the perfect world, how could my website help me reach my goals?

– How much am I willing to invest?

– What are five things I should do to/on my website?

– Which of the five is most important?

2. The buck stops with them.

A website is merely a tool. Sadly, it’s a tool that most entrepreneurs never learn to use. Instead, they relegate and delegate that responsibility to a web developer or, even worse, their secretary.

All three of our clients in “Million Dollar Club” are actively engaged in what takes place on their website. As mentioned above, they are involved in not only creating the strategy, but also in overseeing its execution.

We often hear, “Well I just don’t understand technology”, or, “I don’t have time to mess with it.” That’s fine, but rest assured our clients in the “Million Dollar Club” aren’t saying either of those. Nor do they trust the strategy of their secretary who would rather be playing Candy Crush than actually working.

You’ve got to be willing to invest the time needed to set the strategy and then, more importantly, ensure your strategy is being executed.

We’ve had the privilege of working with one of the three clients in our “Million Dollar Club” for over six years. During this six year period he went from virtually zero dollars in revenue from his website to over a $1 million.

From very early on, when the site wasn’t generating any revenue, he chose to invest in his website. And he invested a lot! Not only monetary investment, but significant time.

Unlike most, he was willing to make this serious investment because he knew exactly where his strategy would take him and his website. He knew that one day in the future each dollar and each minute spent would yield a significant ROI.

Only a small (very small) percentage of his investment involved design or coding changes to his website. As a matter of fact, over the past six years the design of his website has changed very little. The majority of both time and financial investment were spent in positioning him as the leader of his tribe and serving his tribe.

4. They position themselves as the leader of their tribe.

I know for a fact that two of the three clients in our “Million Dollar Club” spent significant time creating avatars from themselves. They carefully planned and crafted how they would present themselves to their tribe. They then base all of their communication off of this avatar.

5. They regularly provide value to their tribe.

If I were to share the amount of time and money the three clients in our “Million Dollar Club” spend on creating things (content, products, and services) that they simply give away to their tribes, you would have to pick your jaw up off the table.

Sure, he could have invested that $100,000 in having the most amazing website in the world designed and coded, but that wouldn’t have served his tribe and ultimately wouldn’t have yielded the same ROI. From very early on his focus was identifying and serving the needs of his tribe.

Here are a few questions to help identify what your tribe values:

What is their biggest:

What can you provide to bring them closer to their desired outcome as quickly and easily as possible?

6. They are willing to (and often do) offend people who don’t belong to their tribe.

This is a tough one. I didn’t really notice this strategy until having lunch with a friend one day. We were discussing one of the clients in our “Million Dollar Club” when my friend pointed out that our client’s most recent message was slightly offensive.

Offensive? How? Did I miss something?

After further discussion he explained what he found offensive, and then it made perfect sense. I hadn’t found it offensive because I was a part of this client’s tribe, and the message he was communicating was attacking those outside our tribe. My friend found this message offensive because he belonged to the tribe our “Million Dollar Club” client was attacking.

“The secret to success is to offend the greatest number of people.”

7. They aren’t afraid of selling!

One of the things I’m still amazed by is how skittish most people are when it comes to selling. It’s as if people are afraid to ask someone else for money. I thought the point of being in business was to make a profit? The only possible way for you to make a profit is to ask other people for their money in exchange for something they value.

And yet, time after time, some of our clients want to tone down the hard-sell. After all, they don’t want to offend anyone. Let’s revisit something: It’s your job as a business owner to maximize profits for your shareholders. If you’re the sole owner of your business, then it’s your responsibility to maximize profits for yourself. No matter which way you slice it, that means you’ve got to sell.

All three of our “Million Dollar Club” clients sell – and sell aggressively.

They use whatever strategy necessary to sell. They view it as their responsibility to strongly persuade people to accept the offer they are making. They even get upset when people within their tribe don’t accept their offer.

8. They ignore the whiners, complainers, and freeloaders.

Not every visitor on the web is created equal. The world, and particularly the world wide web, is filled with whiners, complainers, and freeloaders. These include visitors who would rather fire off a ranting email than actually read and follow instructions.

All three of our clients choose to carefully ignore these whiners, complainers, and freeloaders.

This one is simple. All three clients in our “Million Dollar Club” are constantly and continually working their strategy. All three regularly blog. One publishes a new blog post five days a week. The other two publish at least three new blog posts per week.

What do they write about? They write about anything that will benefit their tribe and further their position as the leader of their tribe. The vast majority of these posts are 95% pure content, and 5% or less promotion.

Yes, all three of them do occasionally use ghostwriters. However, they are very careful about ensuring the ghostwriters stay true to their avatar, and in line with their strategy.

After reading the previous letter, a client and friend asked me, “Why don’t you think you have more clients in the Million Dollar Club?” The answer was, and is, simple.

Very few people are willing to invest the time, energy, effort, and money necessary to join the “Million Dollar Club.”

What about you? Are you willing to take the steps necessary to join the club? Anyone can do it, even if this is your first online rodeo- if you’re willing to pay the price.

2 thoughts on “REVEALED: The Anatomy of a Million Dollar Website”